Situated in New Farm, Brisbane, this 1935 Heritage Listed apartment presented many challenges. One being the heritage listing requirements relating to any renovation or change. Another, the centrally located bathroom off a “confused” corridor, effectively blocking the path between kitchen and dining/balcony. The only way through was via either bedroom. 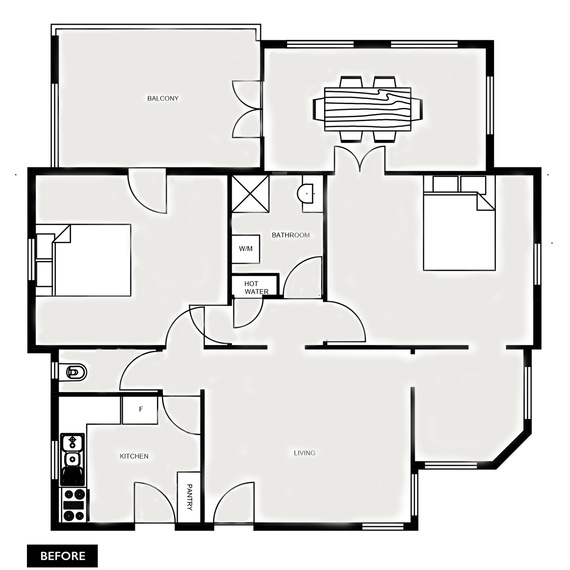 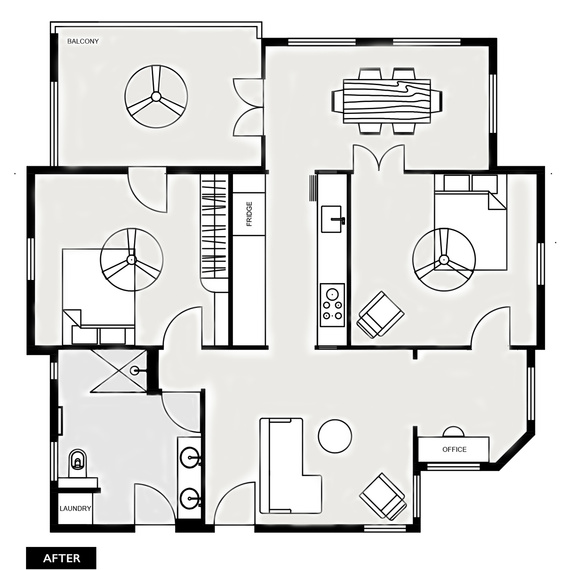 The swap of kitchen and bathroom locations, along with a minimal central wall move, allowed ample space for a galley kitchen through the middle. The incorporation of loo space, from its separated closet off the living room into the bathroom, provided space for a large, luxurious walk-in shower. Essentially, kitchen and bathroom spaces are 30-50 percent larger than before. 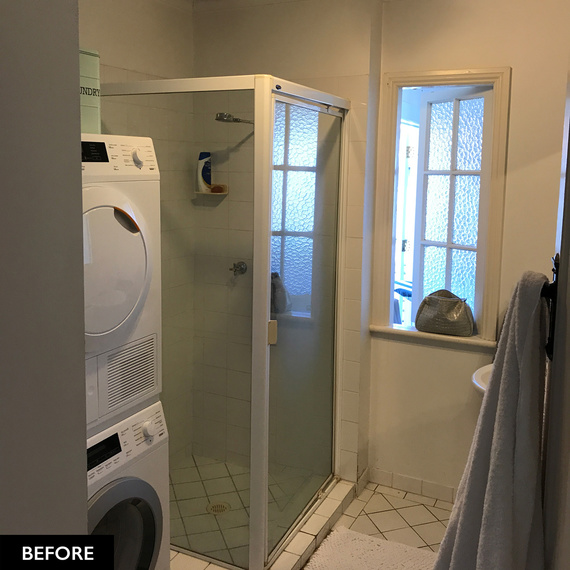 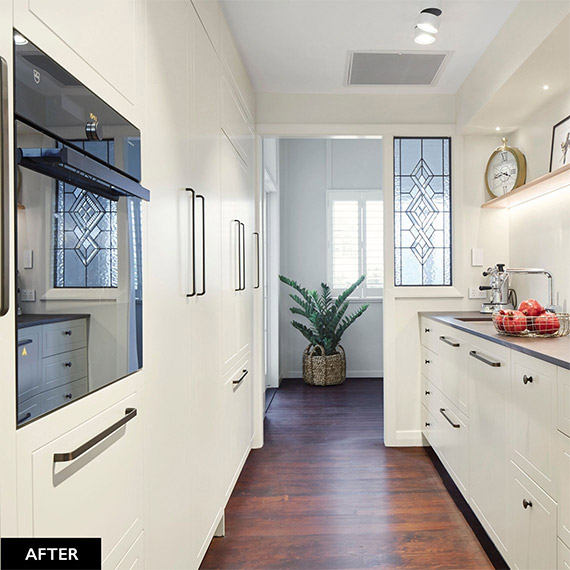 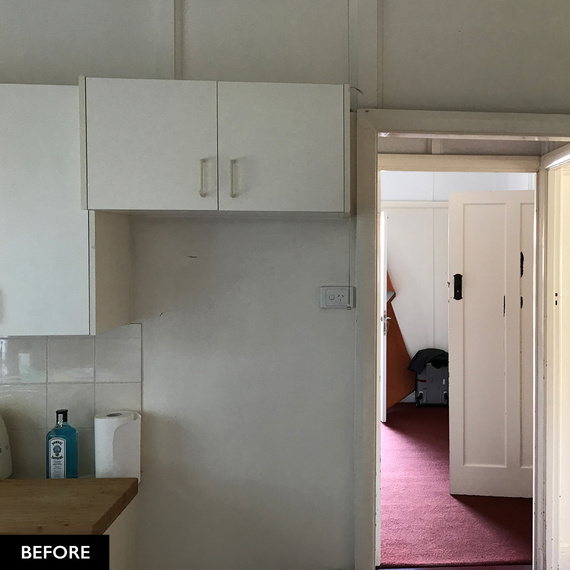 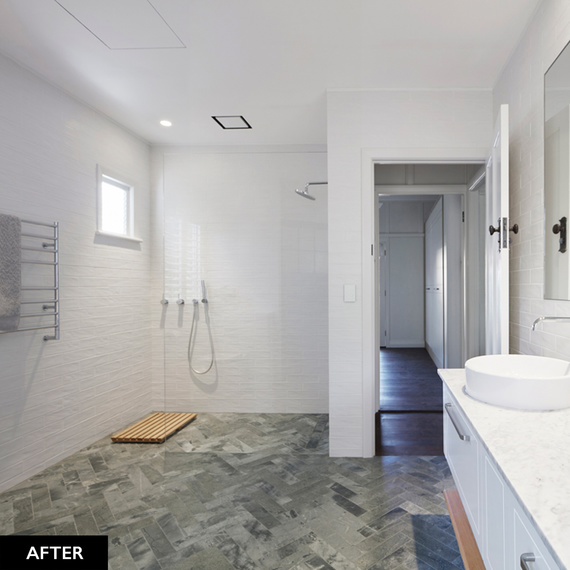 The “bones were great”: intricate decorative ceilings, original diamond timber casement windows, character wall batons and picture rails alongside views to the City and Story Bridge. But no maintenance or improvements for decades. Considerable restoration was needed to almost every surface including tar removal from timber flooring in the former sleep-out (dining room) and smoker’s balcony (office).

There were a number of design challenges, one being how to bookend the new galley kitchen while keeping the style of the era. The diamond-inspired leadlight windows were created in exact proportion to the diamond timber casement windows in the living room, albeit in a more contemporary style. The different types of clear glass as focal point transforms into colourful, refracted light in the afternoon sun. A thank you to Julian Podmore, Brisbane’s Leadlight Craftsman, for bringing this design to life.

The client had some beautiful art deco inspired Baccarat crystal lights for the dining room, however the wire lengths were too short for the 3m high ceiling (and couldn’t be modified). A custom aluminium piece was designed to “disappear” into the ceiling while providing a conduit to wires at the correct level over the dining table.

Wardrobes are “P&O ocean liner” inspired with a curved piece as transition from main wardrobe to behind-door utility cabinet for shoes and laundry basket. The very large, pull and slide across doors enable them to fully open with little ingress. The routed lines align with the lines of the picture rails.

The mouldings for the back of the relocated wall in the second bedroom were custom made to proportionally reflect the style of the French Door beading and other timber work in the room.

What you don’t see

Thermal comfort was a priority for the client. As damaged walls were removed and sheeting replaced, thermal insulation was put into wall cavities facing west. Ducted air-conditioning was installed into the new kitchen ceiling feeding all living and bedroom spaces. Ceiling fans were added for additional breeze to both bedroom and balcony ceilings. And as an added luxury, under-tile heating in the bathroom for those cold winter Brisbane mornings.

While “pull-cord” light switches can be considered a character feature of the art deco era, it was decided to upgrade all lighting to contemporary, LED wall and ceiling mounted lights. The pull-cords were replaced with simple wall switches and bulky power outlets replaced with new slimline versions. The new lighting required wiring which could be hidden behind picture rails. New sheeting was needed where external conduits were removed.

Much care was taken to keep the original character of the space. Walls were modified up to picture rail level only where decorative ceilings were visible. Original batons, skirtings architraves and even quad mouldings were restored to their original timber form and re-used or re-purposed, none was discarded. All original doors were kept – one relocated to the office where the original was missing and one encased between kitchen and wardrobe cabinetry. The overarching idea being that should a history buff purchase the property and decide to restore it to its original form, all spaces are easily restorable to their original form. And should that happen, the hidden door will doubtless be a surprise discovery.

Overall, a complex and challenging design project but one that was immensely rewarding for all concerned. We have taken a neglected piece of history and transformed it into a luxurious, sophisticated space that has a balanced mix of old with new, and with all change sympathetic to this particularly interesting architectural slice of time.